The iSCSI target role makes it possible to transform a server into a SAN (bay of disks / storage) by creating virtual disks (vhdx) and by presenting them to other server using the ethernet network (iSCSI).

This type of configuration is used with Hyper-V clusters which require a volume shared between all of the nodes.

In production, it is advisable to physically separate the iSCSI SAN network from the production network with different switches and dedicated network cards on the servers.
In order to guarantee correct performance, a 10Gb network must be provided.

The target server must be Windows 2012 minimum. The client can be a client computer from Windows 7 or Windows Server.

In the example below, the positions are members of a domain. This is not an obligation.

Representation of a target architecture: 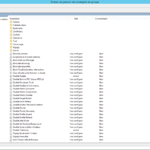 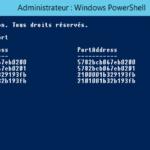 Active Directory: installation and configuration of a domain controller